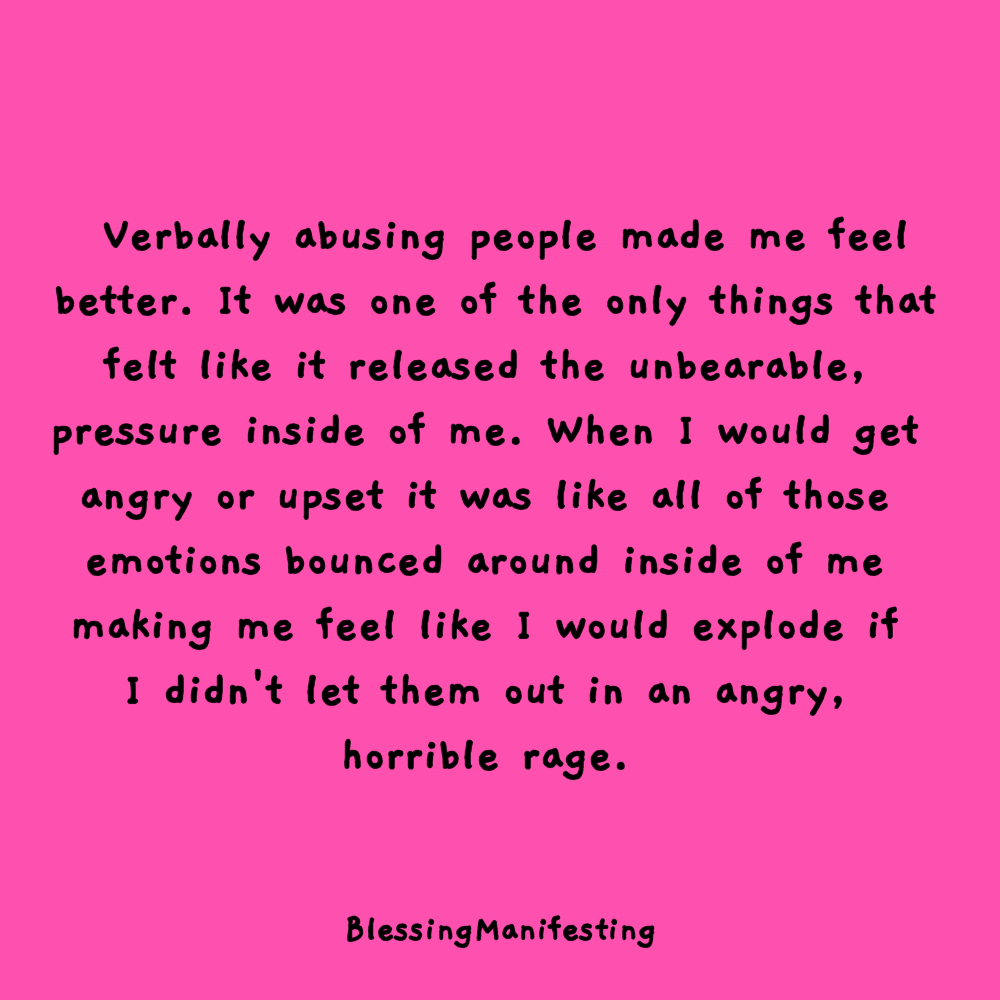 For the past several years, I’ve attempted NaNoWriMo and I’ve finished it exactly zero times so this year I’m doing something a bit different. Instead of trying to write a 50,000-word novel (oh wouldn’t that be wonderful? One day!) I’m going to do a blog post every day this month and that’s called NaBloPoMo for National Blog Posting Month.

It’s been a long time since I wrote without a specific purpose. Back in the very early days, 8 or 9 years ago, I wrote about the most random things here on this blog. Mainly the things that made me happy (because it was such a new and rare thing) and how I dealt with my depression (a very common thing for me). As the years have gone by, happiness has become a daily occurrence and depression a rather rare one.

I consider my depression to be in remission. Depression is such a multi-layered and complicated thing – as is mental health in general. I spent 17 years of my life, from the age of 10-27 in a very dark and hopeless place mentally.

My depression was triggered by a hormonal imbalance when I hit puberty. I went from this mostly happy kid who was a cheerleader in 5th grade to being overweight, moody, anxious, and suicidal in 6th grade. I was slammed with social anxiety, I cried all of the time, I ate my feelings and my body image plummetted, I started getting migraines and panic attacks and I stopped knowing what it felt like to be happy.

And all of that caused my young brain to grow weird.

“Normal” teens and preteens are making social connections. They’re learning how to relate to each other. They’re just beginning to figure things out and handle things on their own and it’s a prime time to learn coping skills and to be excited about the future.

I missed out on that and the cycle of depression + anxiety had another layer added to it. Not only was there the hormonal aspect, but one that involved social isolation and intense introspection (to my detriment at the time).

On top of that, I had a complete lack of coping skills. When I got mad, I got big mad. When I was 17, I was still having full-on temper-tantrums where I threw myself on the floor screaming and crying and kicking and punching the ground.

I threatened suicide when I was 14(ish) and a defining moment in my life was my mom telling me that if I tried to commit suicide there would be a record of it forever and it would affect school, a future job, relationships, everything.

I was scared to have a record of my mental illness.

Things continued to get worse. I didn’t bother applying to college because in my head there was the very real possibility that I wouldn’t be around to bother with it and the thought of paperwork and applying made my anxiety skyrocket anyway.

My emotions completely and utterly overwhelmed me. In my early 20s it continued to grow worse

A. My first relationship at 19 was a complete disaster. I clung on to the first person that showed me the slightest bit of attention and affection and I felt like I would kill myself if I couldn’t be with them.

B. My coping skills including self-injury, binge-eating, kicking and/punching household objects, and screaming. I have scars that I’m going to have for the rest of my life.

C. Verbally abusing people made me feel better. It was one of the only things that felt like it released the unbearable, pressure inside of me. When I would get angry or upset it was like all of those emotions bounced around inside of me making me feel like I would explode if I didn’t let them out in an angry, horrible rage.

You might think that it wasn’t just depression + anxiety and it probably wasn’t.

Anxiety made it impossible for me to seek help and a diagnosis. There were many aspects of borderline personality and/or bipolar disorder in my behavior, my extreme reactions, my inability to regulate my emotions and my poor impulse control. I could be happy one moment and then fall into a pit of raging despair over one little thing.

All of it made me exhausted on a level I couldn’t put into words.

When I wasn’t angry I was emotionally checked out. I played video games and ate junk food and I was so physically exhausted that my apartment looked like something out of the tv show Hoarders.

One day, I called a suicide hotline and just that act of acknowledging everything I was feeling out loud to a stranger was a turning point for me.

I really wanted to get better.

I wanted to be a better person and I wanted to be happy – something that had always seemed to last only a matter of hours for me until it was ruined.

So, I put everything I had into getting better. I read all of the self-improvement books, but I didn’t just read them, I forced myself to do the work. I did the exercises, I did the journaling, I looked inside of myself. Deeply.

I read about coping skills and DBT and I made it appoint to apply those things over and over again into my life.

I practiced tough love. Loving tough love. I called myself on my shit and I refused to make excuses and let myself get away with things. I always blamed others for making me angry. It wasn’t ever my fault. I blamed others for not giving me what I thought I needed. I faced that I was the problem.

So, I started exercising, just walking and jogging, and I tried to eat better.

I took supplements to help dampen some of the things that I was feeling.

And I kept a journal where I literally kept track of how many days in a row I was happy. When I had a bad day I would analyze why it was bad compared to the other days.

I had to re-forge a lot of connections in my brain.

I had to re-wire my impulses, actions, words, and behaviors and my default responses to people and situations.

That introspection that had made me so isolated and hyper-critical of myself as a teenager became my super-power. Constantly my own voice would ring in my head “Oh no, no, no, honey, that’s not the right way, you know better, do this instead”. It was tough love but gentle love.

I wrote down my three biggest flaws – holding grudges, punishing people, and not controlling my anger. So I Googled how to do those things. I took notes, created assignments for myself, tried meditations and visualizations. Journaling let me notice my triggers and the deep-down reasons for doing those things and I worked on them.

I hope I’m not making it sound easy.

Now that I’m older and wiser and I can actually talk about mental health without feeling judged. I wish I would have gone to therapy. It would have been so much easier to have a guide through all of those things and I think it would have saved me a lot of stumbles along the way.

I haven’t had a depressive episode in almost two years, and that was when my mom was diagnosed with terminal cancer. Even after all of those things that I did and all of the work that went into managing my depression and my anger and my mood swings, I think there’s a good chunk of it that was just the luck of growing older and having my hormones even out a bit.

Everyone’s mental illness is different and complex and layered and there’s no one true path to getting better.

I’m thankful that the things that worked for me did work for me but it’s not like that for everyone. I don’t have kids and I wasn’t in a relationship for the majority of the time I spent working on myself. That afforded me the time and the energy to focus solely on myself and my healing.

I spent so long being absolutely petrified that mental illness was going to define my life.

And it did anyway. It contributed to choosing the toxic relationships that I was in. It stopped me from feeling like I was good enough to have a career. Mental illness tore me down on every level imaginable.

And now mental illness defines my life in a different way. It lets me do this. It lets me start the conversation and it helps other people reach out for help. When I was that 14-year-old girl having a panic attack, worried that mental illness was going to follow her forever, I wish I could have told her how. 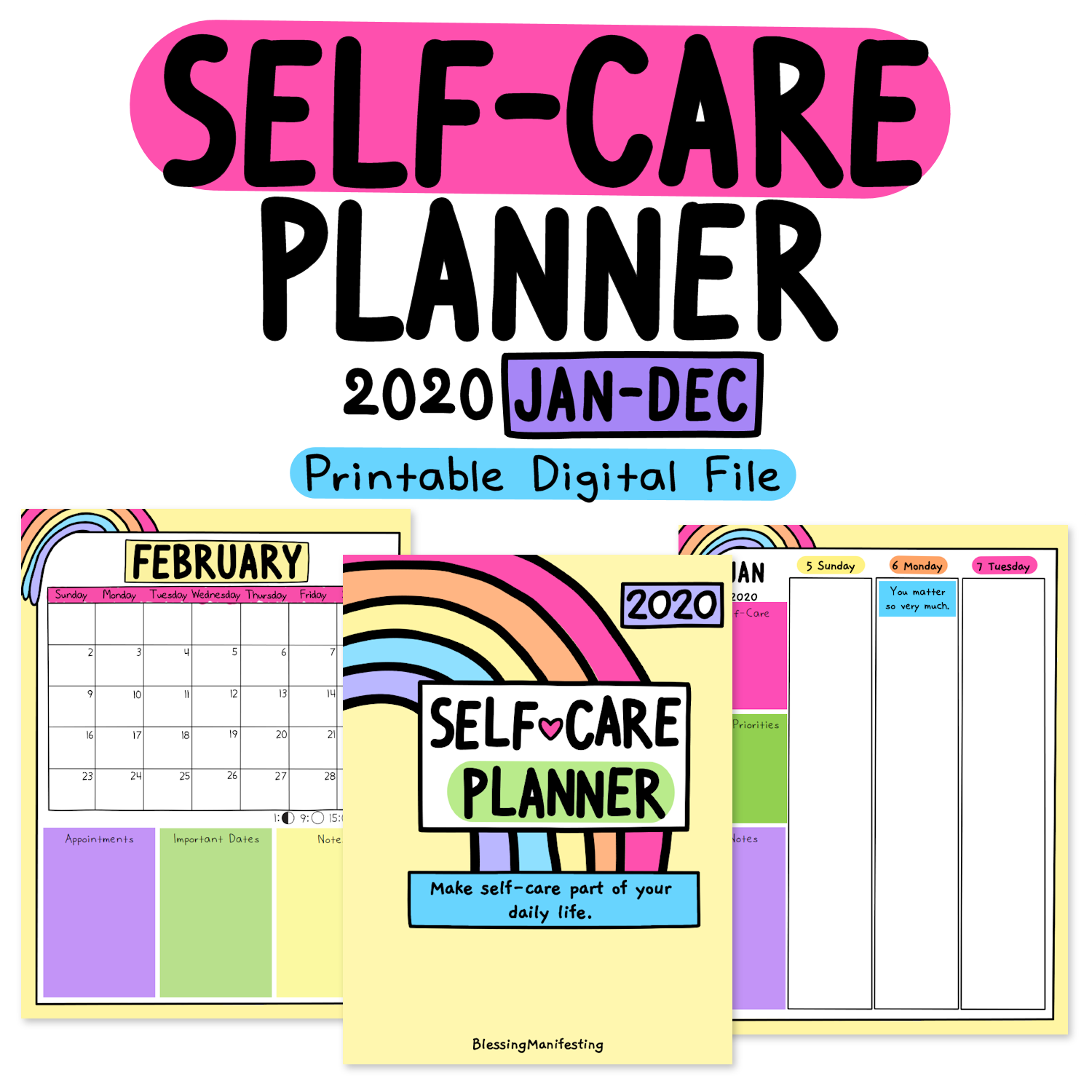 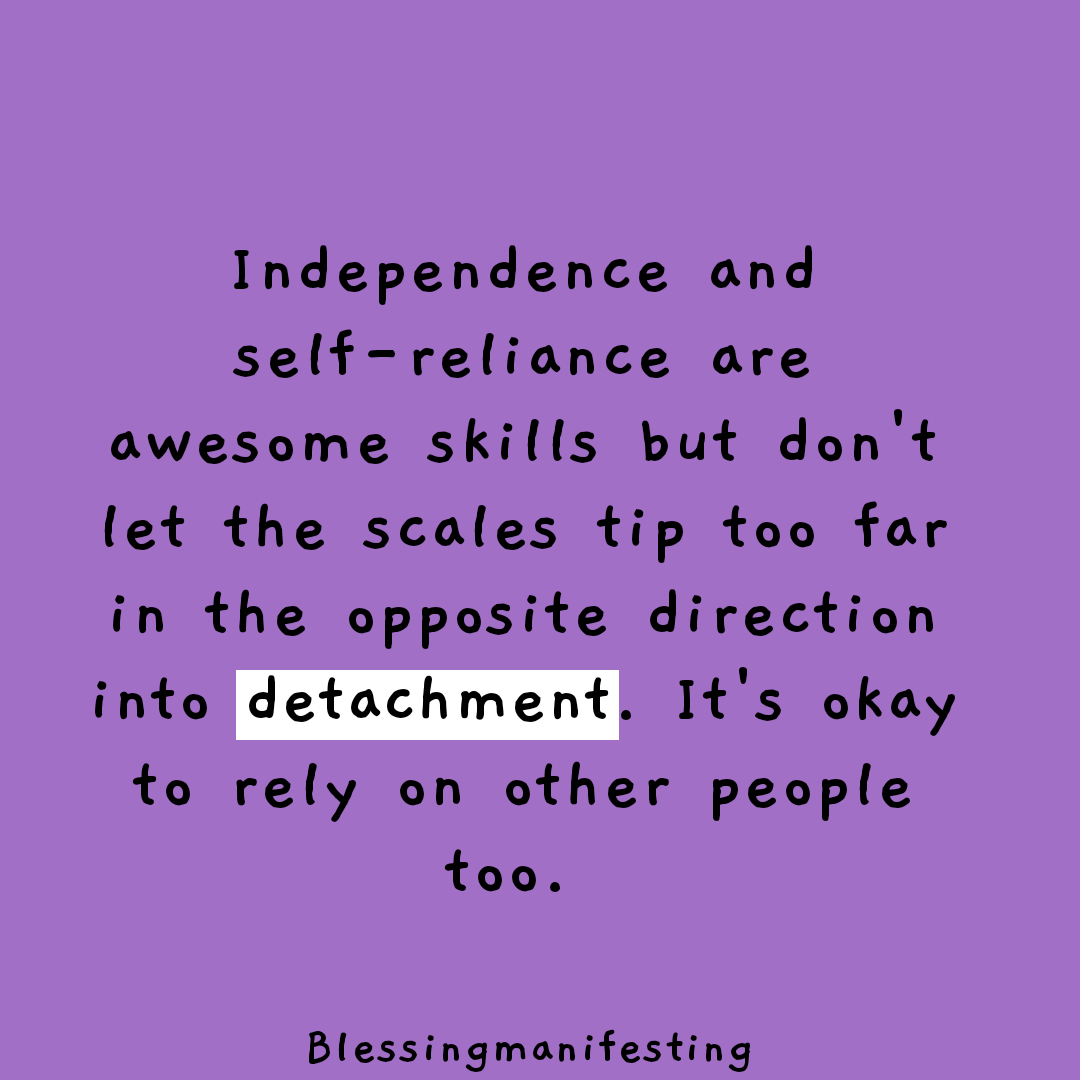 12 Tips for Cleaning With Depression 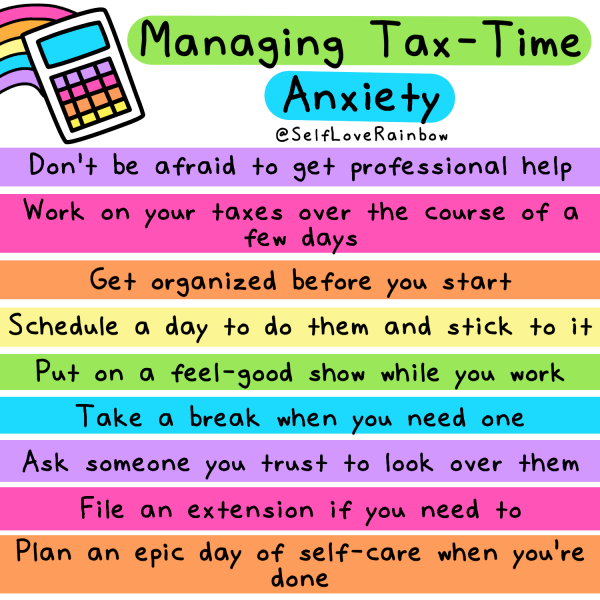 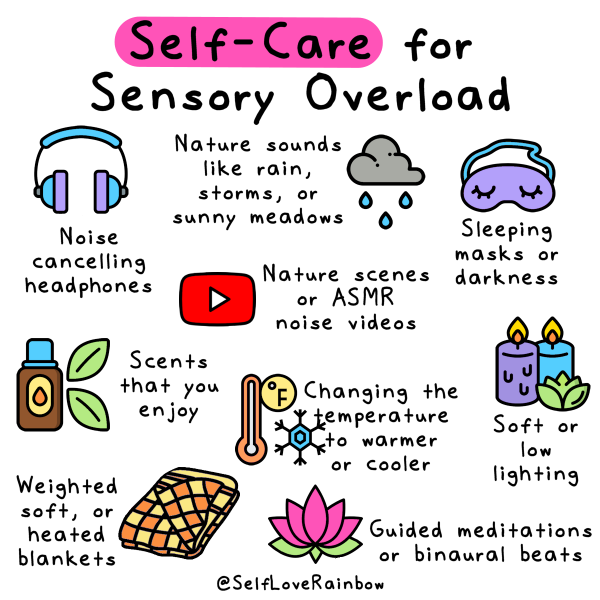 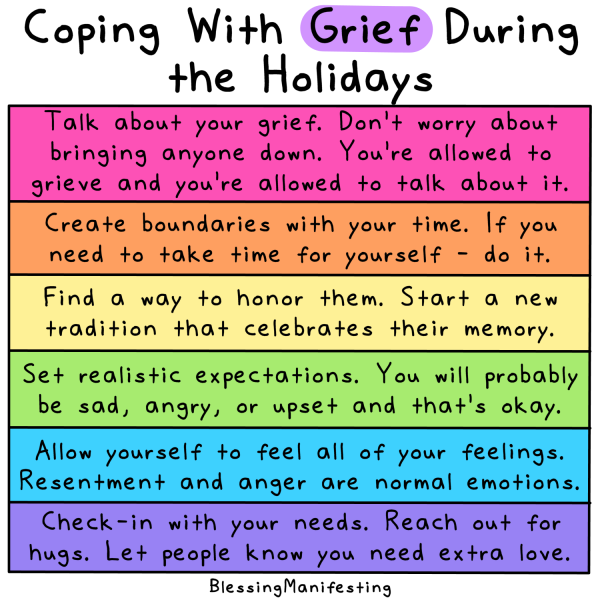 Coping With Grief During the Holidays