Last year I talked about how I almost took a break from social media and the downsides I was experiencing. For the month of August, I’m trying an experiment. I’m taking an honest-to-goodness break. At least for a week, maybe for the whole month. It depends on what feels good.

I love love love the internet. It helps me connect to people in a way my little introverted socially anxious heart never dreamed of. I love that I’m able to share memes and images that are relatable or provide new information.
Having such a big platform, almost 200,000 on Facebook and almost 250,000 on Instagram, is absolutely amazing.

However, it does come with a downside and that is a ton of exposure to people who don’t resonate with what I post and feel the need to tell me, frequently.

I have really firm boundaries. If a person can’t say something nice, constructive, or productive, they get blocked. I’m totally all-for discussion. I believe that everyone’s experiences are just as valid as my own but some people just like to troll and frankly, it’s exhausting. So exhausting. Even with liberal blocking and with my wife moderating the comments most of the time.

If I try to post an inspiring message – it’s toxic positivity. If I post something that doesn’t resonate with them then it’s “what about me???”.

I’ll use my Father’s Day post as an example. I grew up without a dad and without any father figure whatsoever. I made a post that said “Sending Extra Love to Those… who don’t have a relationship with their dad, never knew their dad, have trauma from their dad, etc.” I wanted to hold space for people whose hearts hurt on that day, like mine used to.

These were a fraction of the comments:

That day honestly broke me a little. It ripped open my wounds about my father to be ridiculed like that.

I had one person message me to “hear my side” of the post. Having to defend something like that hurt. I had to defend why my Mother’s Day Post was more positive (I had an awesome mom, that’s why).

I had to defend why I didn’t include fathers who had passed away. (Other posts by other people honored that better than I felt I could).

I had to defend why I couldn’t just be positive.

Of course, I blocked all of those people and deleted their comments. Logically I knew that it wasn’t about me, it was about their own hurts and trauma.

But that didn’t really change it honestly. I was afraid to go to sleep because I couldn’t keep up with the negative comments. Eventually, I turned off/limited the comments.

And then I moved on because that’s what you do. But every day there are little mean or condescending or rude comments and while the old adage “sticks and stones may break my bones but words will never hurt me” is a staple of my childhood – we all know it’s not really true.

I don’t want this to be all woe-is-me, because it’s not.

I love my business, I love Blessing Manifesting, and I love all of you that leave positive comments (and there are SO SO many of you). It’s a fine line to walk between acknowledging real feelings while still looking on the bright side. And I do my best. But I also really, really, need a break from social media.

Internet culture has evolved to us forgetting that there are real people behind accounts. People just say whatever they want to say without any thought behind whether it’s something that needs to be said. I know that my posts aren’t for everyone and I’ll never take that personally, but it’s not hard to use that energy to go find an account or post that does make you happy.

This month I’m going to focus on my smaller communities, mainly my Facebook group and my Patreon and see how that feels for the time being. I don’t think my break from social media will last forever, so be sure to look for me in September!

Have you taken a break from social media? How did it feel? 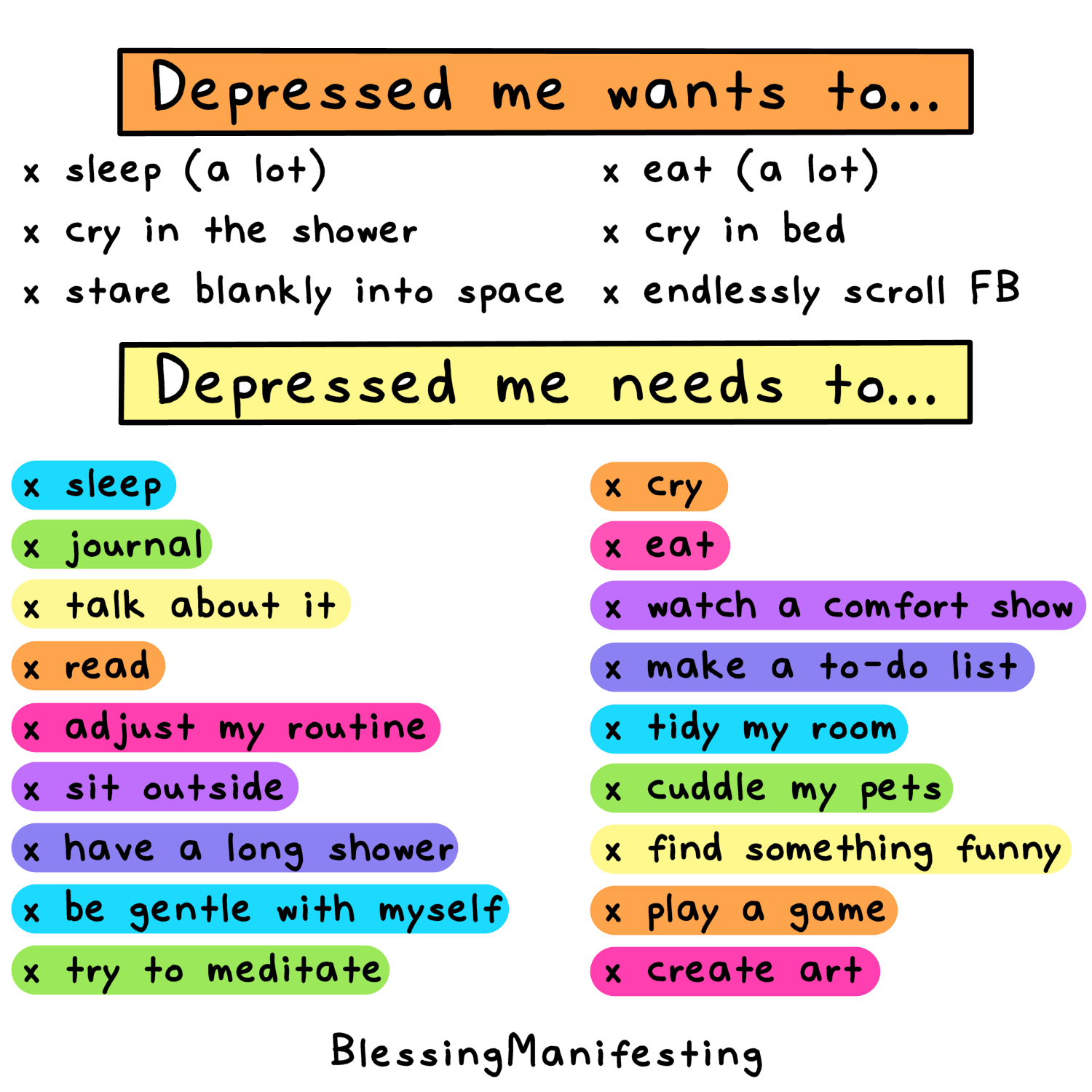 Self-Care for the Winter Blues 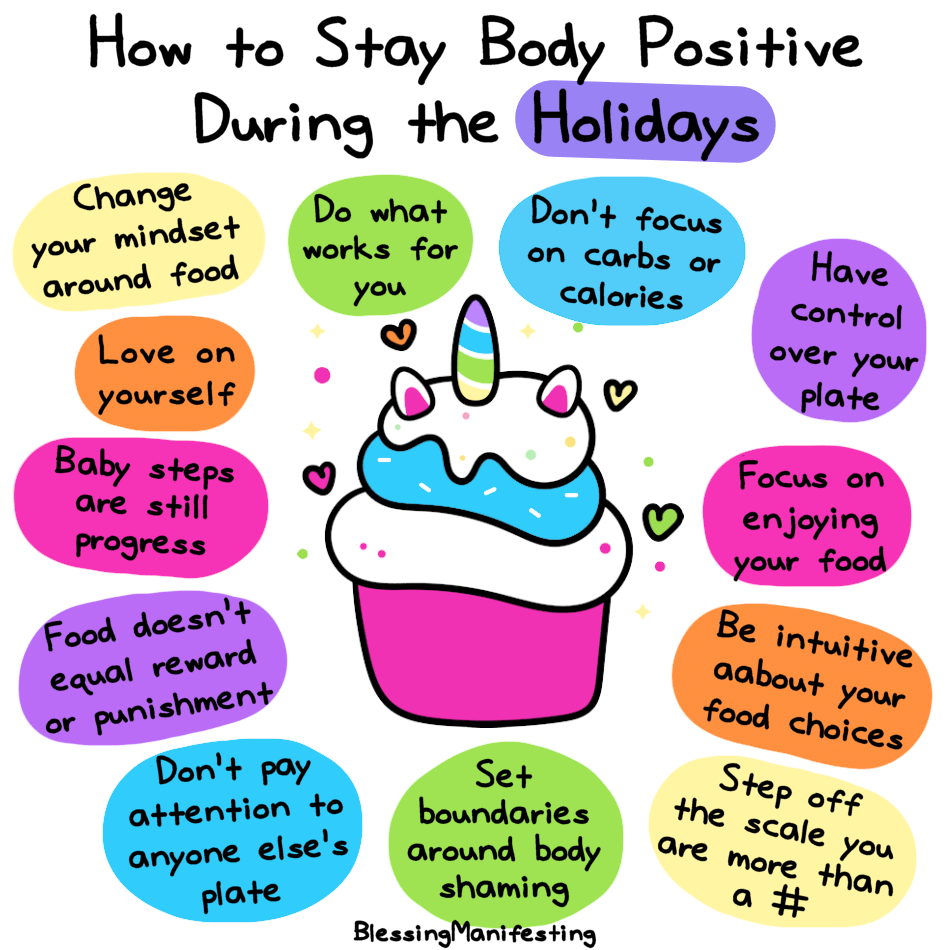 How to Stay Body Positive During the Holidays 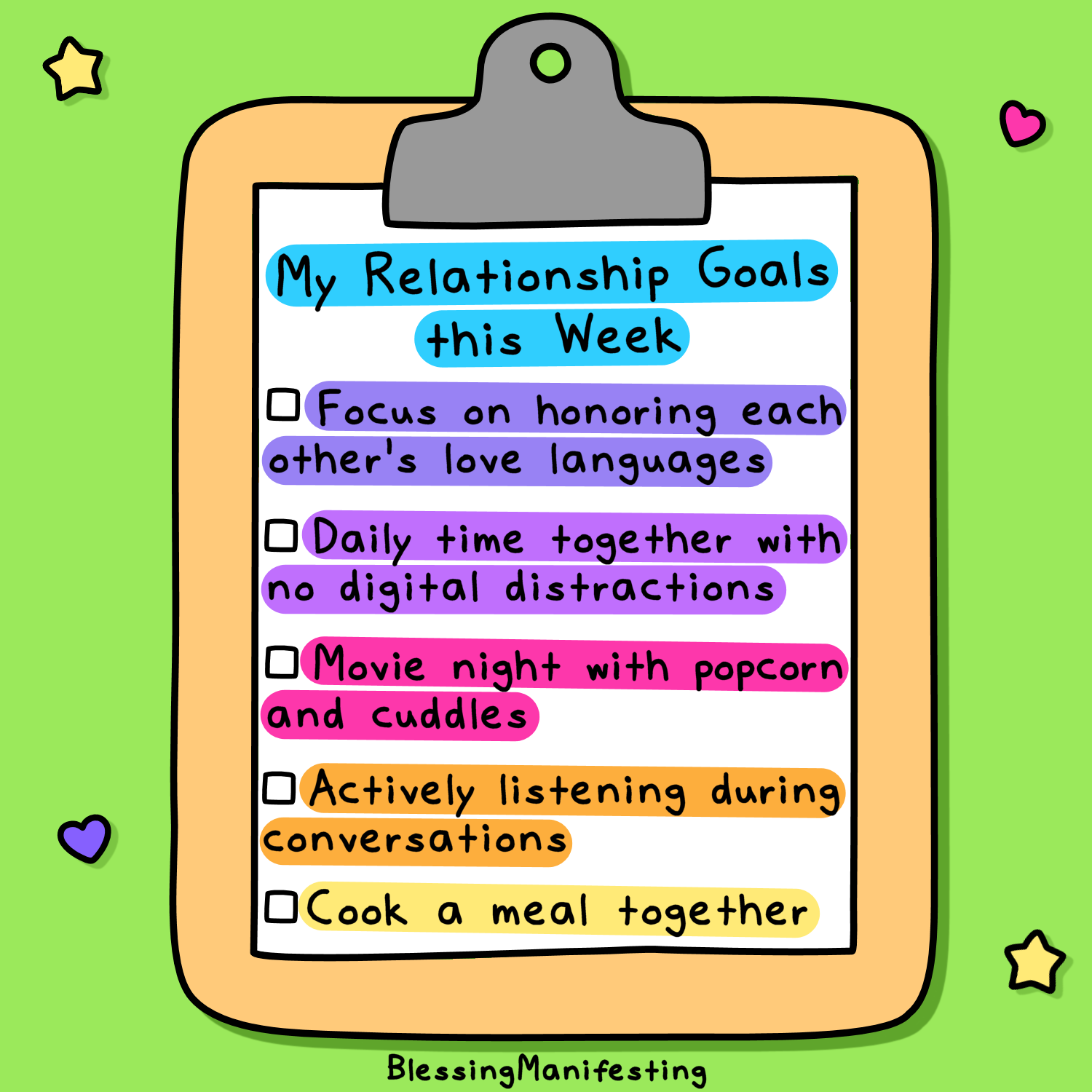 My Relationship Goals this Week