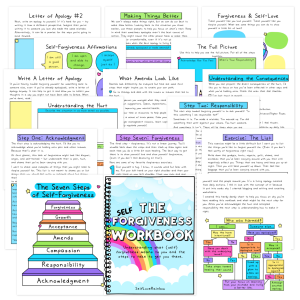 I've written about self-forgiveness a lot. It's been an essential part of my journey toward loving myself.

When I was in my early 20s, I was spiraling out of control. I was verbally abusive and manipulative to the people around me. I didn't know how to communicate or process my feelings in a healthy way and I was angry and self-destructive all of the time. Once I started working on my mental health, I was able to realize the full extent of my actions, and that how I reacted was not normal.

I apologized in every way that I knew how but self-forgiveness took a lot longer.

When we are stuck in those cycles of self-blame and self-hatred we’re not allowing ourselves to heal what was wrong in the first place.

You might never make that mistake again and you might have learned from it, but there’s often an underlying issue. Clinging to that narrative that you are just a crappy person stops the ability to heal. When you think of yourself that way you’re telling yourself that there is no hope for you and there is no point in changing.

And the cycle repeats. Maybe not in the same way, but that self-hatred will cope seeping into your life somehow.

Forgiving yourself is not just for you. It's for the people who love you too, because self-destruction never just affects only you.

I came up with seven steps that I think are essential toward reaching self-forgiveness. It starts with acknowledging the pain you're holding onto and ends with the daily choice to practice forgiveness and self-love. 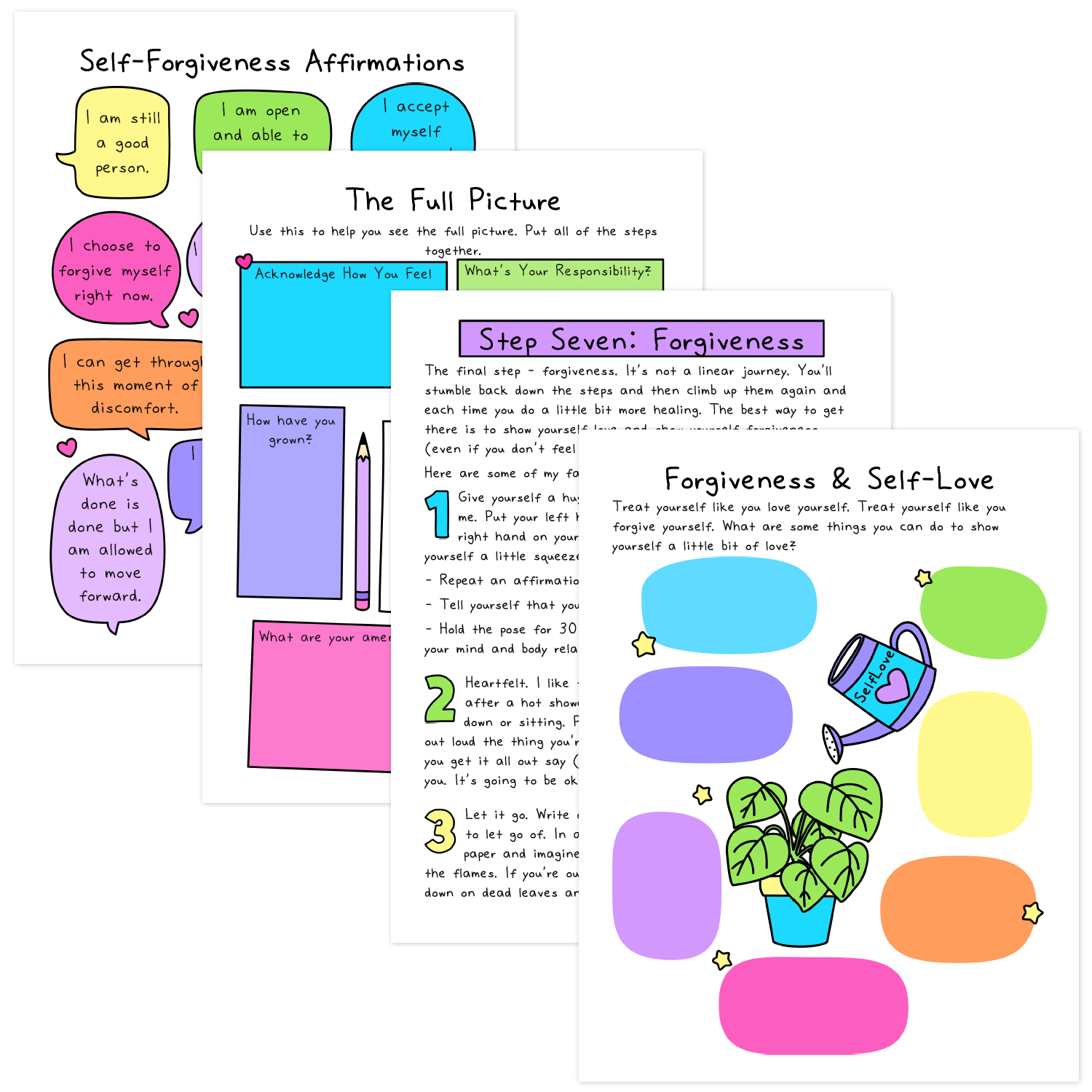 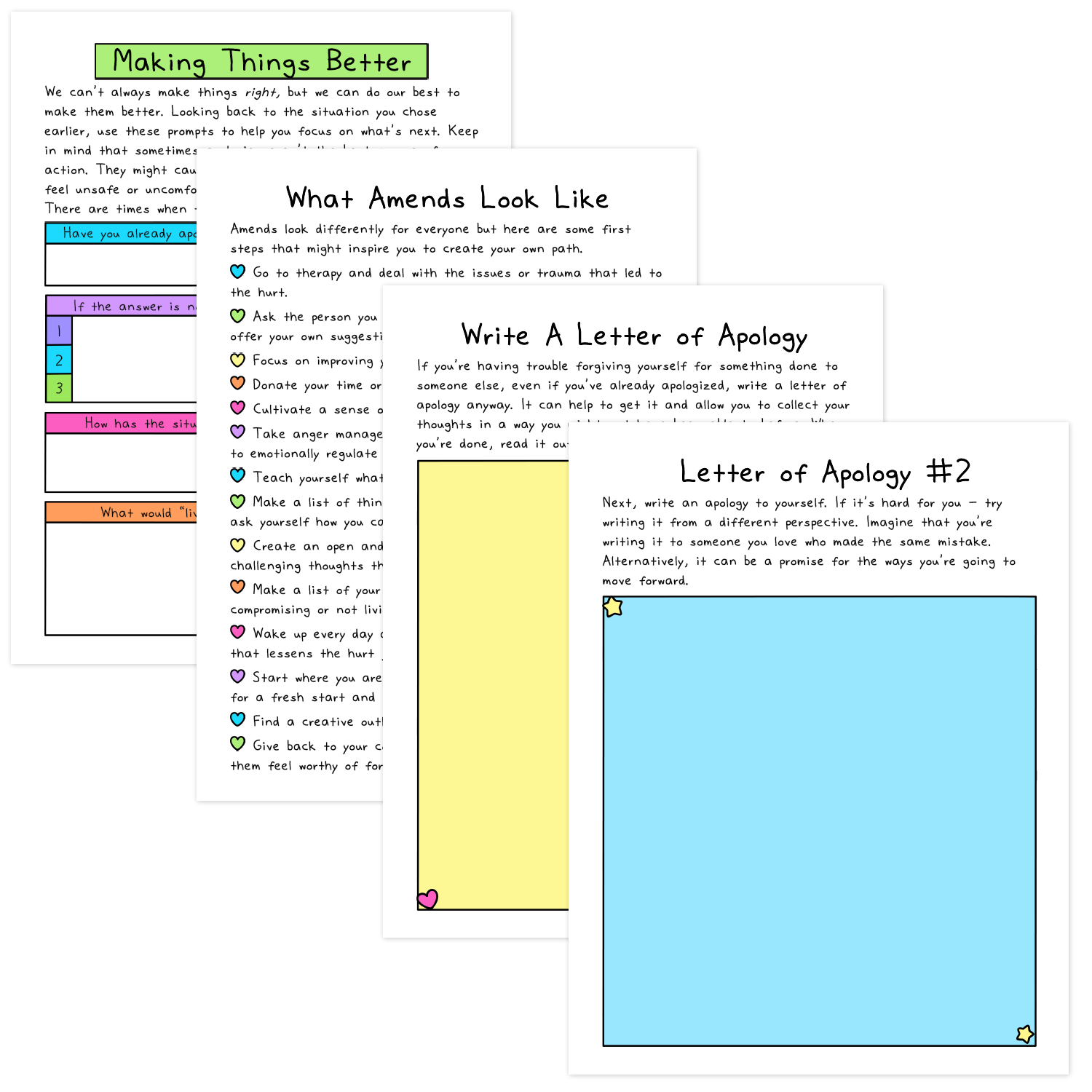 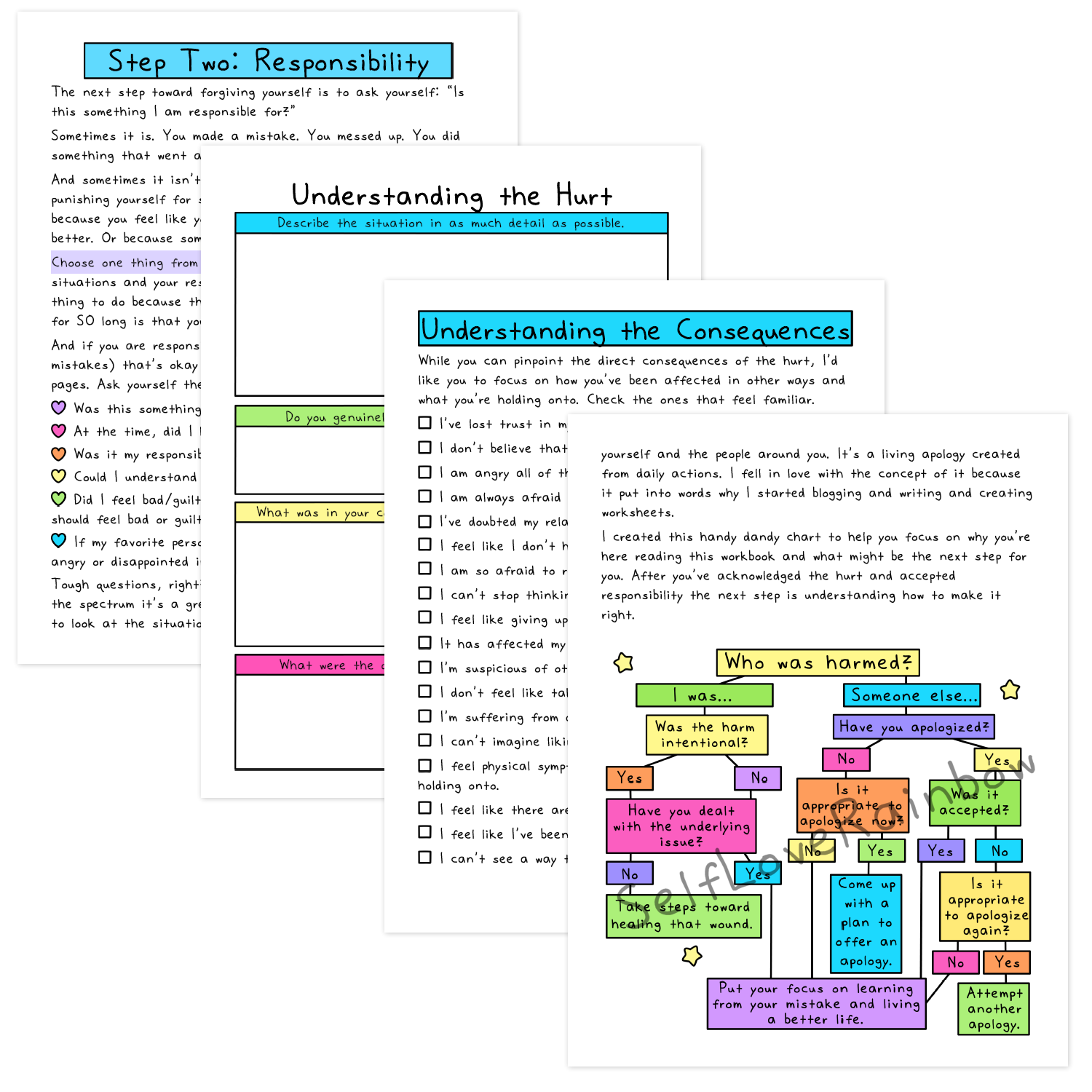 What's in the Self-Forgiveness Workbook?

With all of my products, not only can you download them and print them out, but you can also fill them in straight from your computer or phone. With your phone, apps like XoDo or GoodNotes allow you to "write" inside the PDF. You can carry it around with you whenever you need it! You can also have the PDF printed from someplace like Staples or FedEx, if you'd prefer a physical copy! 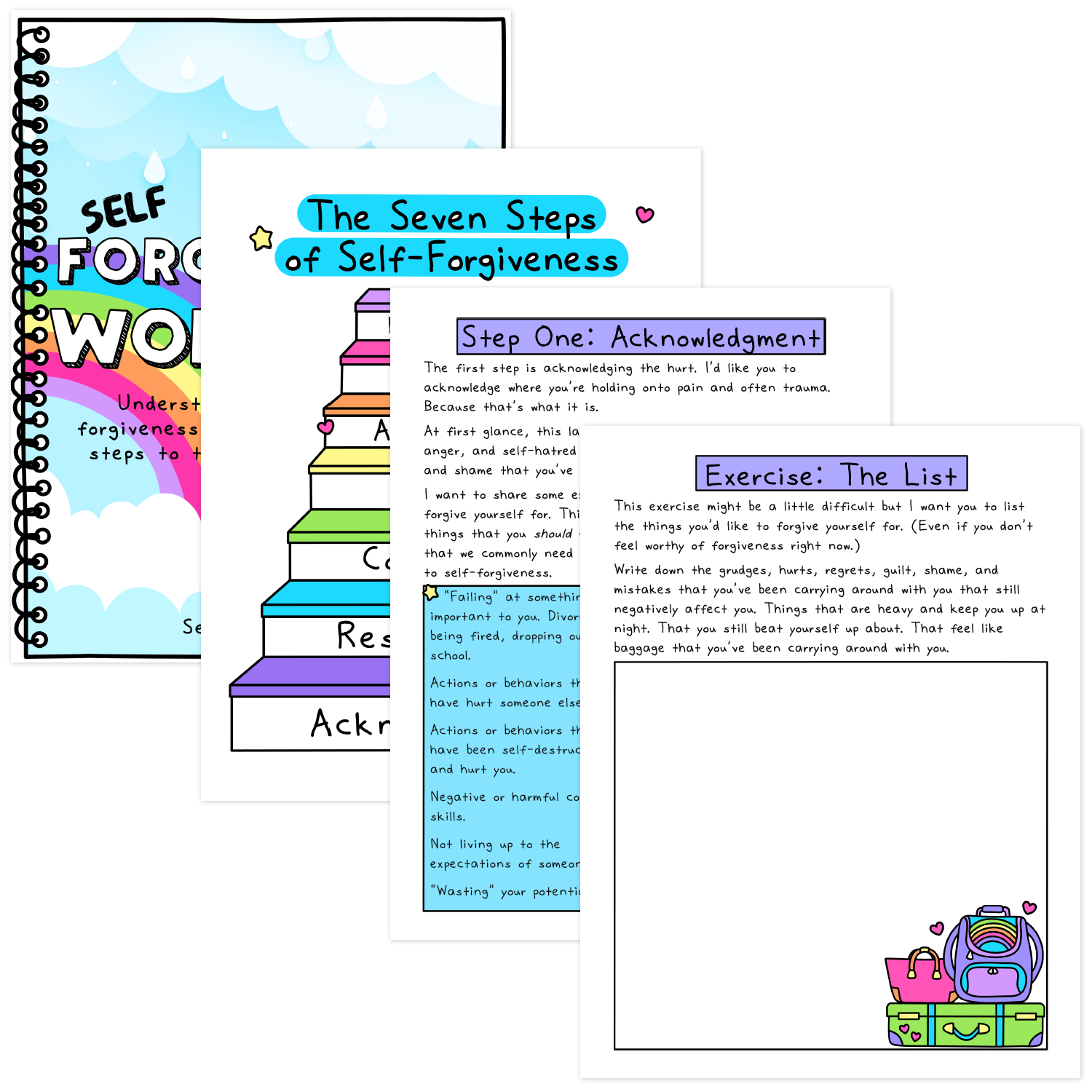