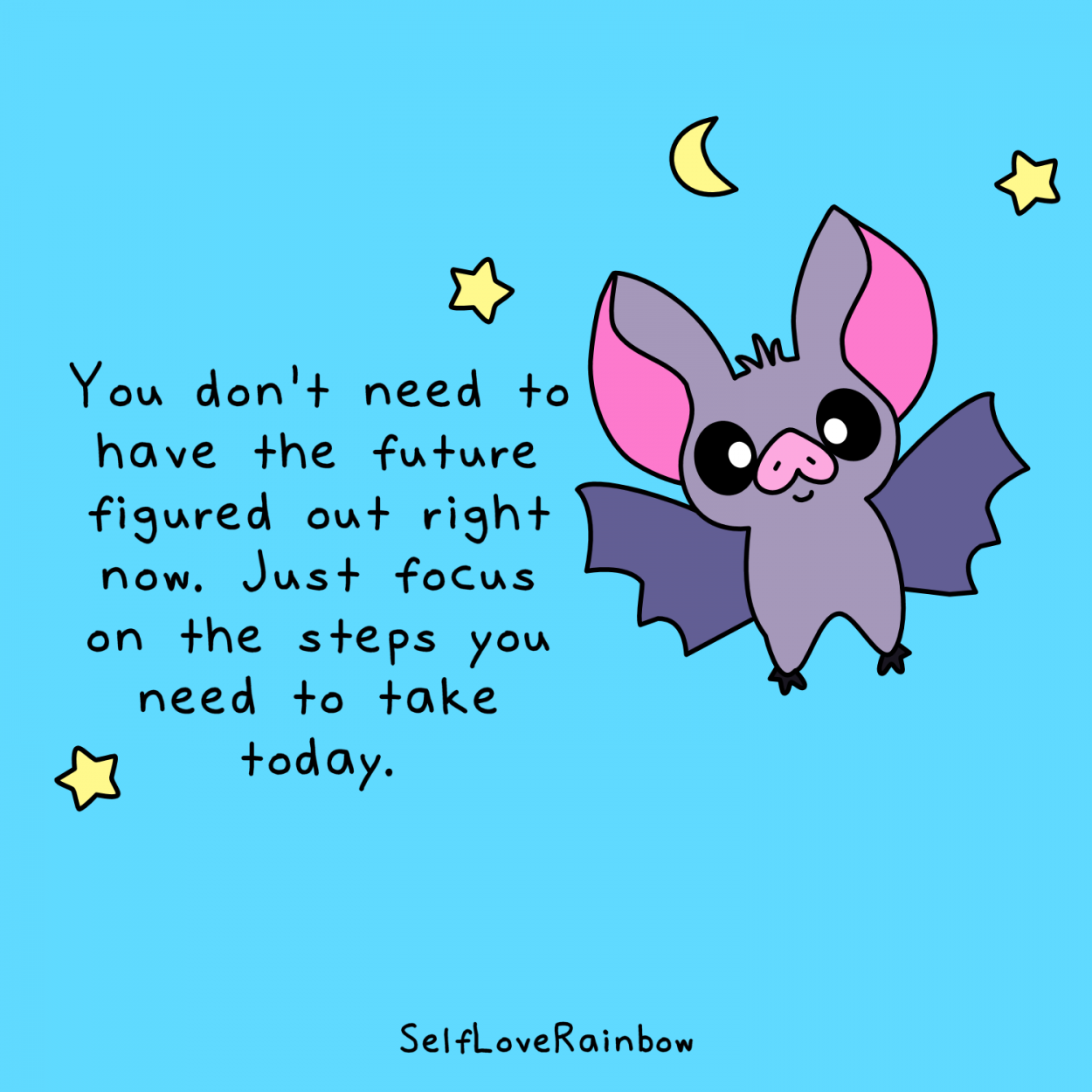 I feel like it’s been forever since I’ve come into this space and just poured my words out. I’ve been meaning to write this for days but life has gotten in the way.

I miss writing. I REALLY miss writing and blogging. I started this blog in 2011 and I wrote all of the time and it was wonderful. Then social media happened and the focus was more on getting engagement there. Sharing my thoughts in small captions and through my art.

But the thing about social media is that you can’t share everything. When you’re blogging in a place like this – people get to know you. They’re reading your words (lots of words) and it feels like you know them too. It becomes a little community of sharing. That’s what I loved about blogging back then.

Social media is similar. You create your own little communities. I recognize most of the people that comment on a regular basis. But it’s also different too. Someone is getting to know you from a short 300-word caption and that’s it. They’re not really getting to know you, just a small piece of you. And leaving a comment takes seconds. And hitting the reaction button less than that. Your post will pop up in the timelines of people who have no interest in what you’re talking about and will want to tell you that. (Like you did it on purpose)

I don’t think I’m making any sense at all, am I?

What I’m trying to say is that I miss writing but I also miss the vulnerability that used to be in my writing. I feel like it’s something that’s been missing. And in trying to keep up with trends and the landscape of social media I feel like I’ve lost some of the me-ness.

There’s this huge push on social media right now to create video content (Facebook and Instagram are trying to compete with TikTok) and I think it’s just really made me miss how things used to be and the joy and comfort that I found in writing. I started blogging when I was in my mid-20s and as I begin the approach to 40, maybe I’m just feeling nostalgic.

For anyone who still reads my blog, I just wanted to say hiiiiii! I’m still here, and maybe I’ll start sharing more in the future – not for clicks, views, or likes – but just for the joy of it.

Things that are my self-care right now:

I’ve been using the app Jigsaw to relax and wind-down before bed instead of scrolling endlessly through social media. I stopped putting real-life puzzles together years ago because of cats and their tendency to want to play with the pieces or jump, run, and generally be destructive.

I am using the Oculus to meditate. I would love to be one of those people who meditate outside but from April to September it’s so hot outside (and bugs, so many bugs) that no relaxing would be had. But I can slip on a headset, find a nice beach, and meditate in the comfort of my room. It’s wonderful.

I took my brother to the zoo the other day which was a big step. If you’re unaware (I’m not sure I talked about it here but I did in my newsletter) I got guardianship of him last year. He’s in his 30s and autistic and much like me, he doesn’t like doing things out of his comfort zone. I asked him if he wanted to go to the zoo, he told me no and I told him that he could change his mind and reminded me that he could take his Simpsons plushies. About 30 minutes later he told me that he’s going to go to the zoo. So we went and had a blast.

What’s going on in your corner of the world? 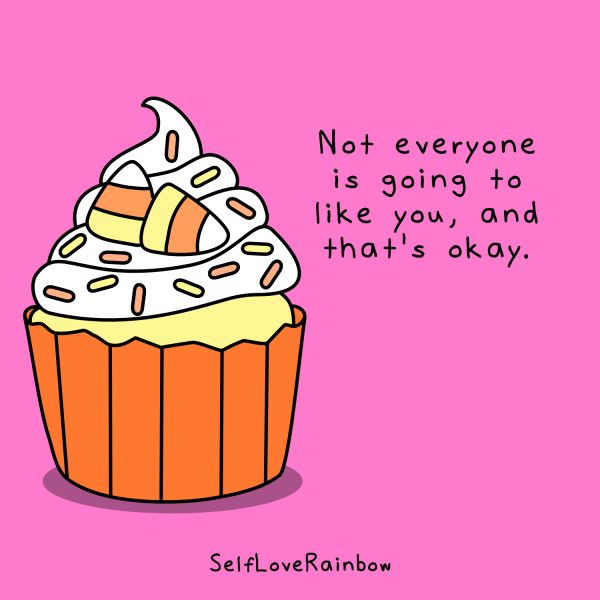 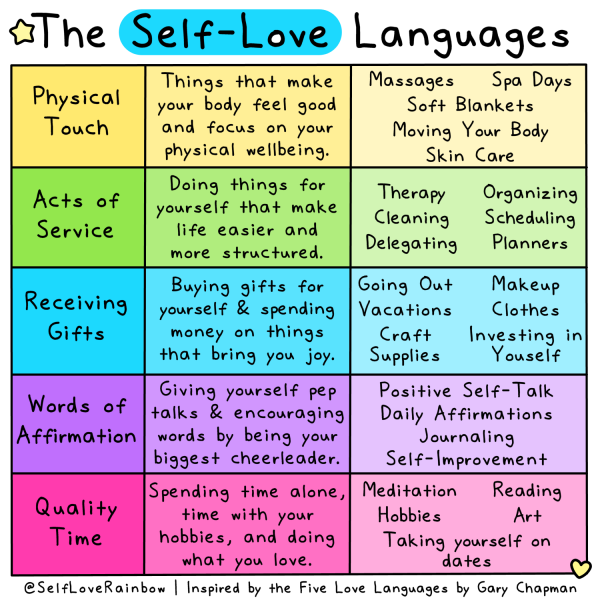 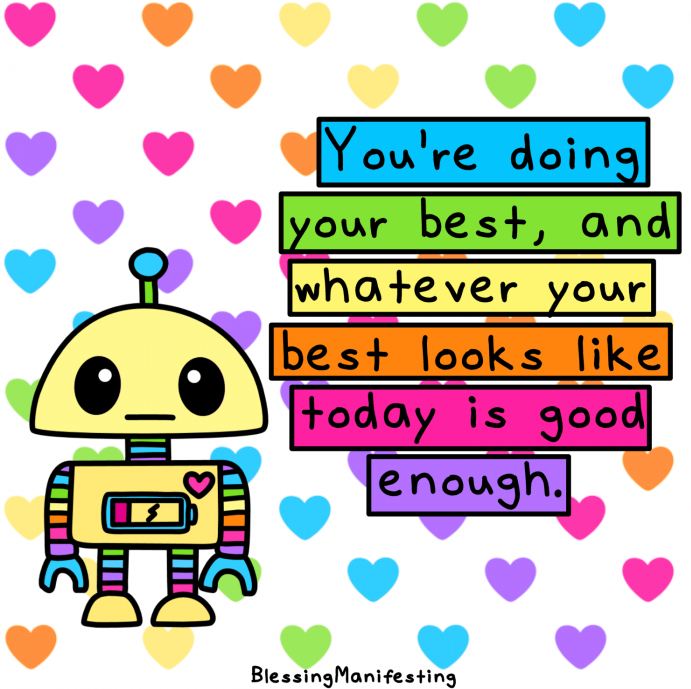 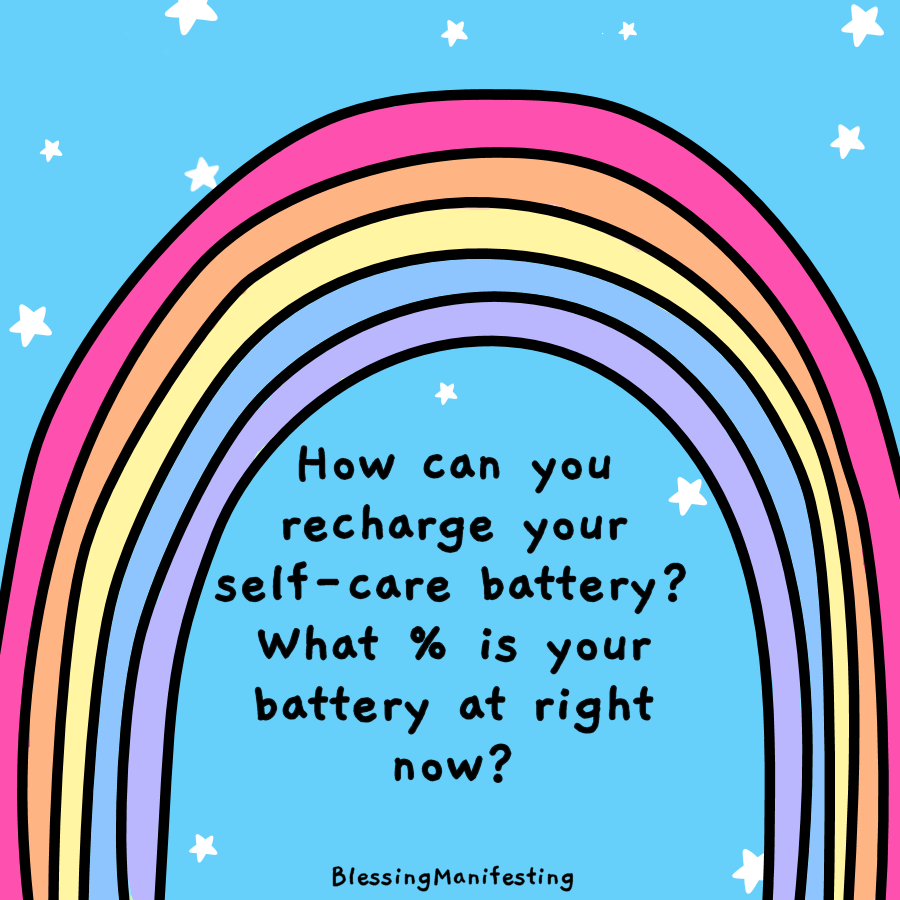 What’s Your Self-Care Battery Percentage At?