Anger has always been something that I've struggled with. When I was young, anger wasn't allowed. Every way that I expressed my anger was wrong so I tried not to express it at all. But that didn't work. So it built up until it would explode out of me. And then that was met with more negative emotions. As a young adult, I'd stuff my emotions down - explode - apologize - rinse and repeat. Honestly, it got worse. My anger was so uncontrolled that it spilled out into everything.

The first step on my self-love journey was facing that anger. I was *really* angry and I found it hard to love someone who was so destructive. I wrote this in 2012 about some of that anger. So I went on this journey of learning to manage my anger and I went in another direction - in a bad way. I thought that healing meant not being angry at all. I thought it meant being so full of love, light, and positivity that there was no room for anger.

In reality, I was just learning how to stuff it down better. I became so passive - so "I'm going to let this just roll off my back" that, while it was definitely less toxic and caused less damage to my life - it wasn't healthier.

So I had to find a way to balance it. A way to accept that I'm allowed to be angry and it doesn't make me bad. I hope the anger workbook can help you work through your triggers, learn your anger style, and come to a better understanding of how to be angry in a healthy way. 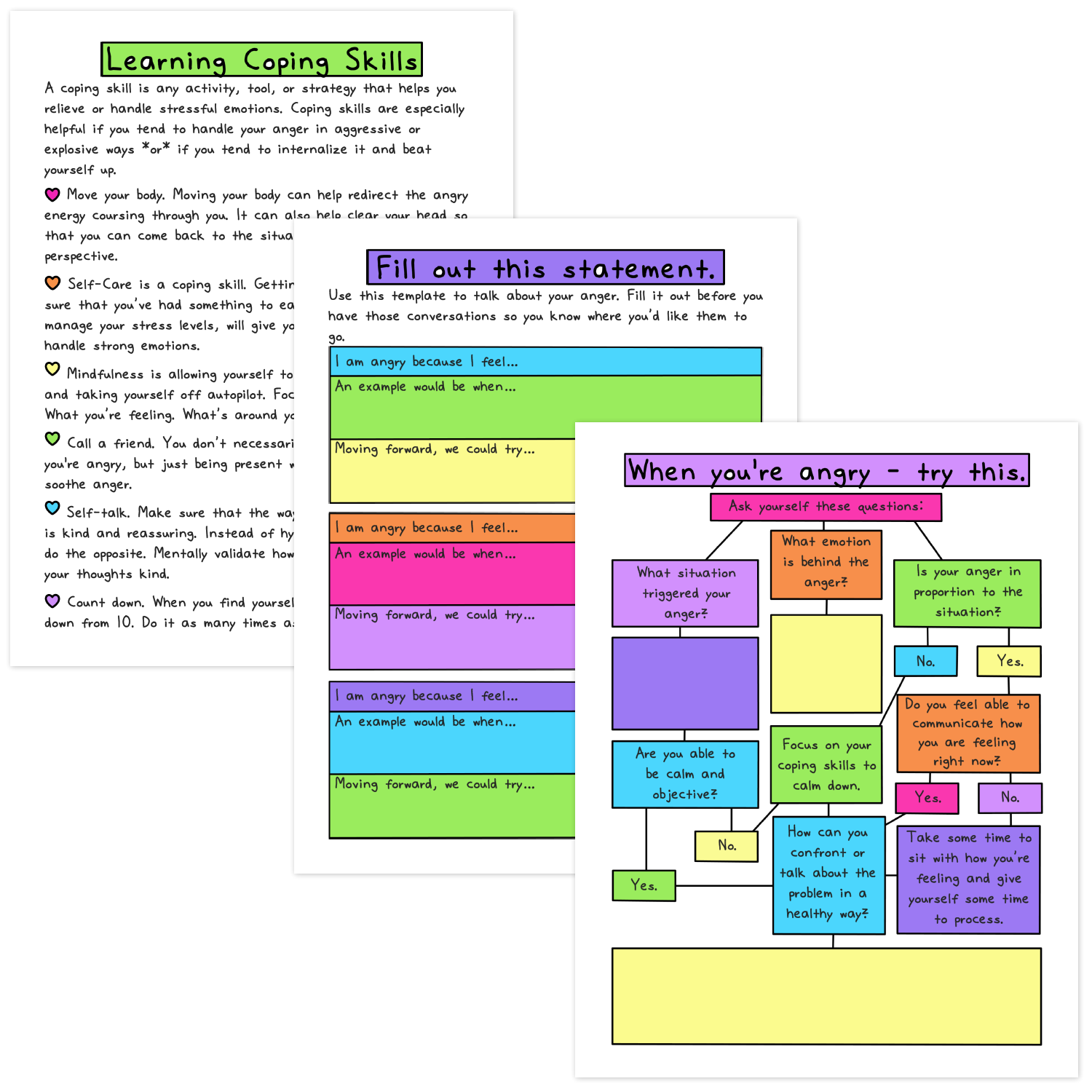 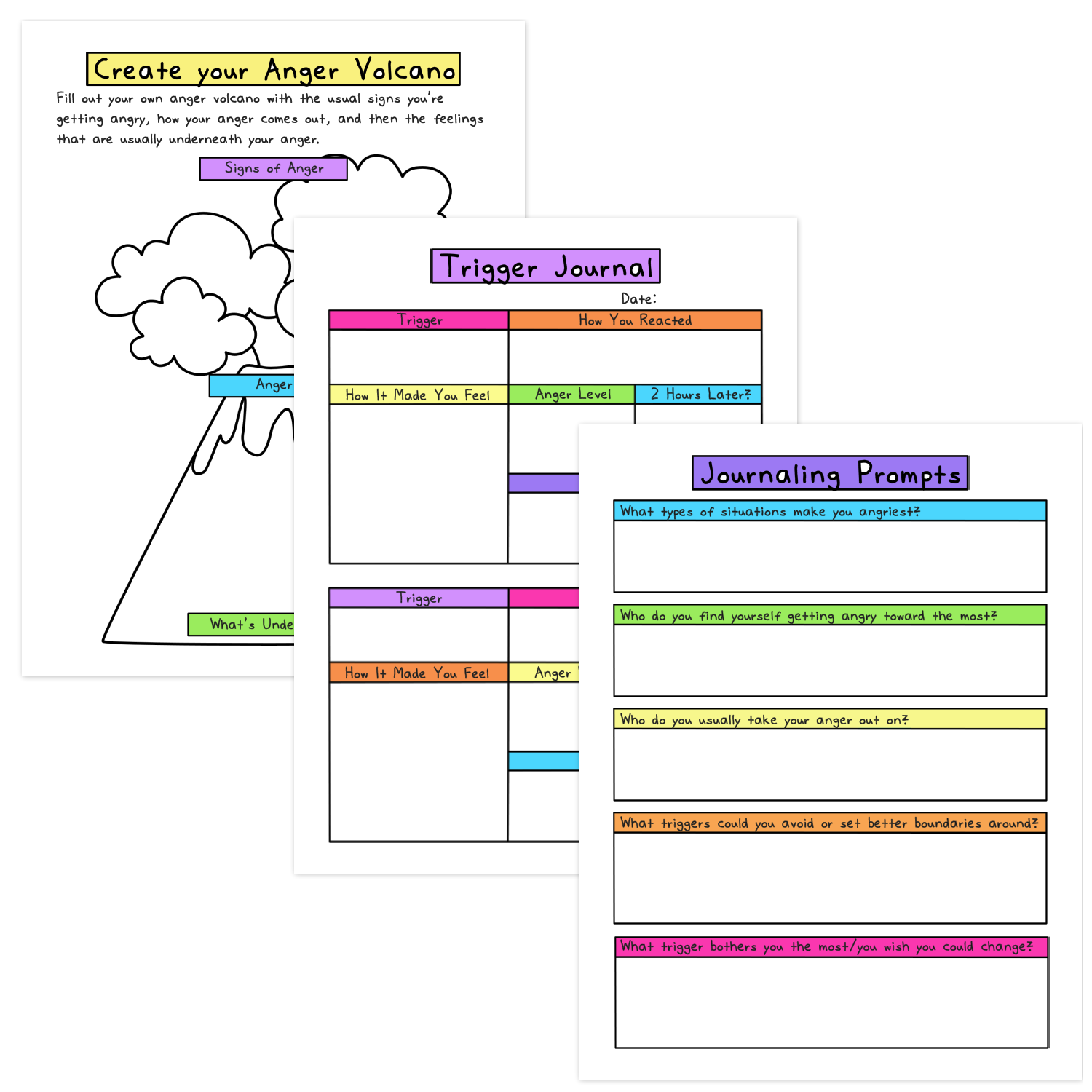 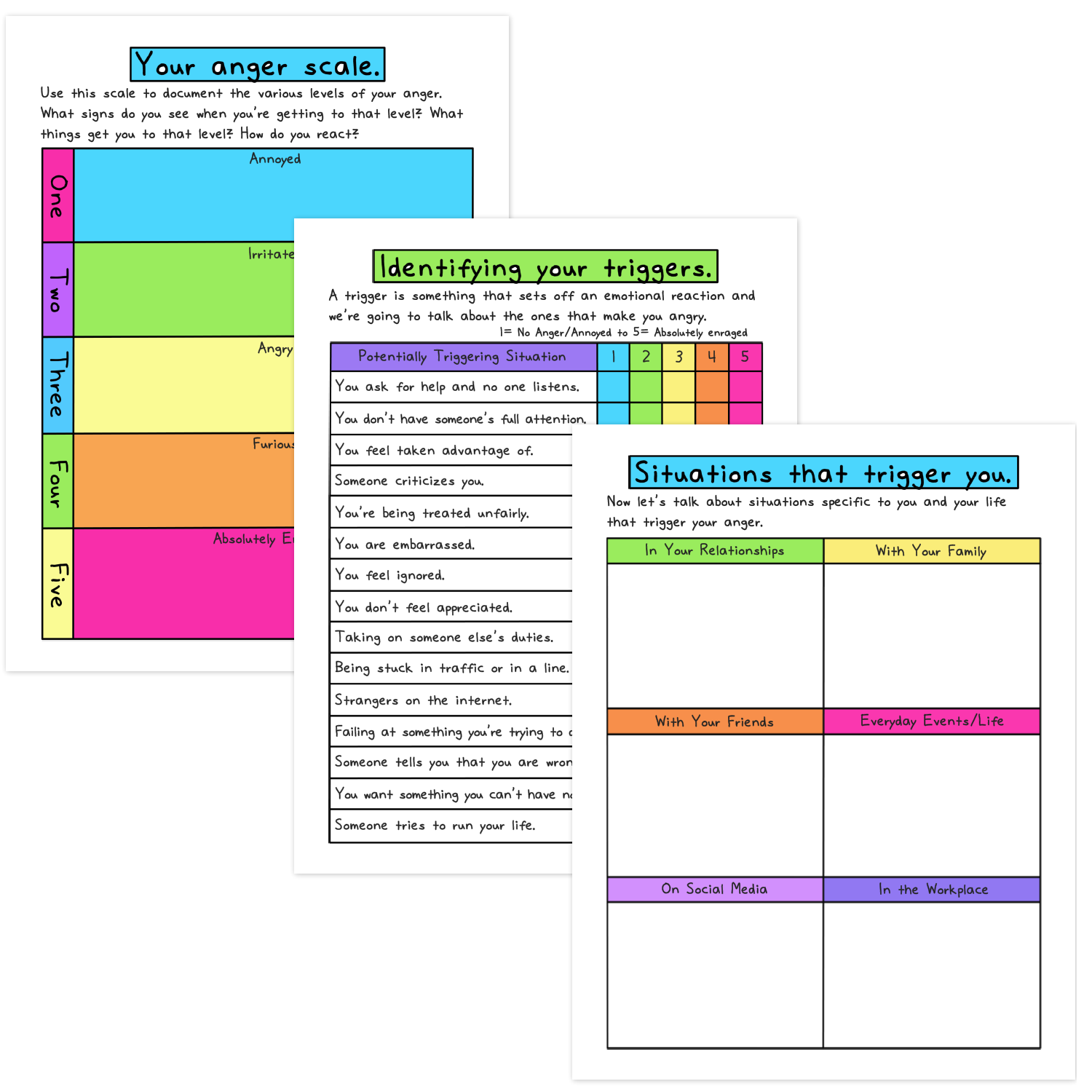 Here's What's Inside the Anger Workbook!

-29 page PDF (with a black and white version for easy printing!)
- Learning and exploring your anger style.
- Create your anger scale.
- Situations that trigger you.
- Identifying your triggers.
- Trigger Journal
- Analyze what's behind your anger.
- Create your own anger volcano.
- A list of good coping skills to start with.
- How to communicate when you're angry.
- Take an Anger Inventory.

With all of my products, not only can you download them and print them out, but you can also fill them in straight from your computer or phone. With your phone, apps like XoDo or GoodNotes allow you to "write" inside the PDF, so you can carry it around with you whenever you need it! You can also have the PDF printed from someplace like Staples or FedEx, if you'd prefer a physical copy! 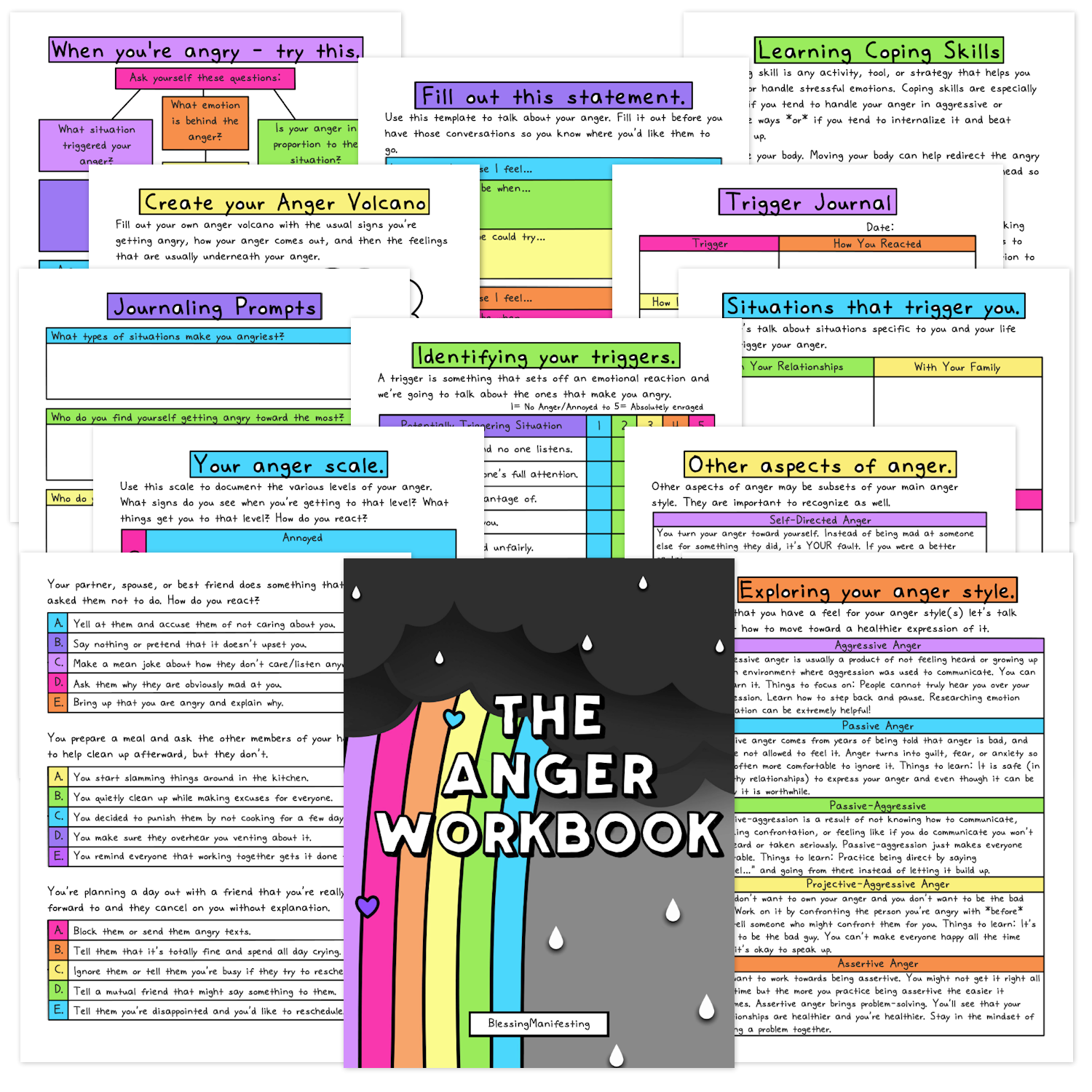