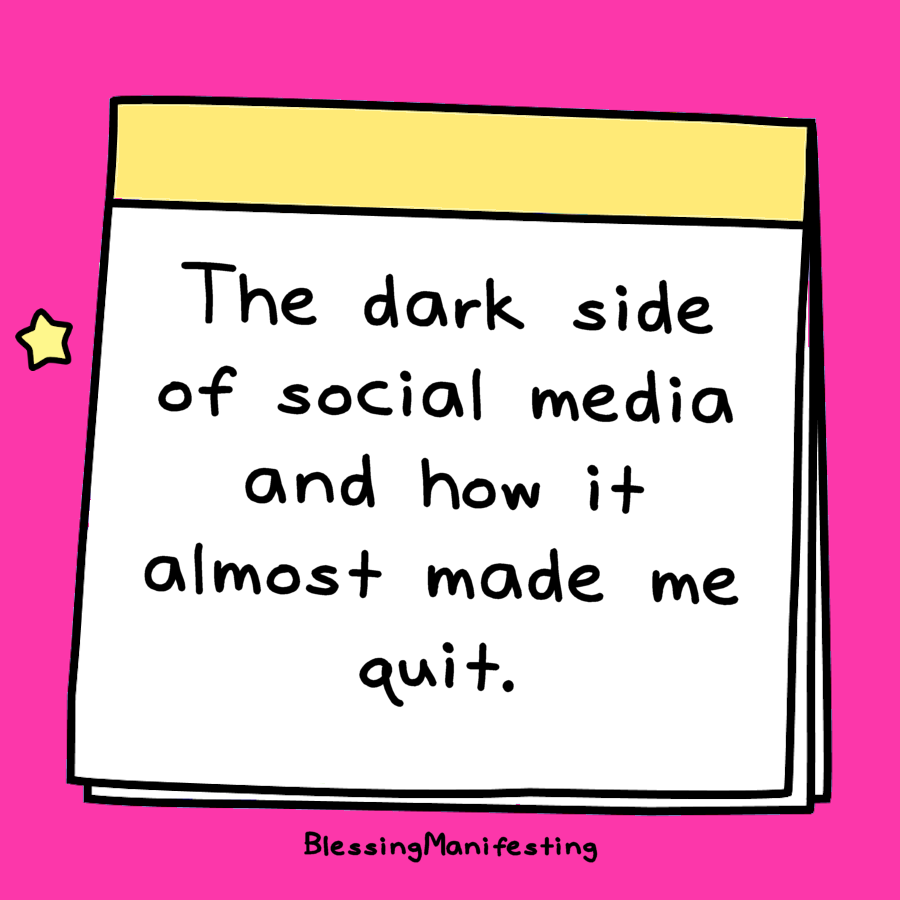 I think we can all agree that social media was both a blessing and a curse this year. It kept us connected during a time that we desperately needed connection, and at the same time, it has been a container for so much discord.

I like to think I’m pretty great at the social media thing. As someone who has trouble talking in person, social media has been such a huge thing for me. It allows me to connect in a way that doesn’t cause anxiety. I actually have friends! (Even if they’re scattered all over the world!)

From a personal social media standpoint, when someone infringes on those happy boundaries, I unfollow them, or in rare cases, block them, and move on with my life.

But I want to talk about social media as it pertains to my business and to Blessing Manifesting.

It has kinda broken me, so I’m taking a break.

In so many ways, social media for Blessing Manifesting has been completely amazing. Especially Instagram, it’s grown by leaps and bounds this year. I can’t stress enough how thankful I am for that and how many of my regular commenters feel like friends.

But there’s also a sucky side to it.

And this year has been hard on me as far as social media goes.

I posted in support of Black Lives Matter and I had my blog and social media spammed with messages about how I was racist or how racism wasn’t real, or how dare I bring up politics on my page about mental health. Except that as a person of color, racism is deeply tied to my mental health, but I’m supposed to ignore that to make other people comfortable.

I blocked people. I set boundaries. And I brushed it off. I was proud that I lost over 3,000 followers because I knew my work wasn’t for those people. I am not *just* an artist who creates mental health and self-care images, but a whole person, with experiences and history and the people who stuck around were the people that were accepting *all* of me.

And let me tell you, I was so proud of myself for not letting it be something that hurt me.

I then shared a post about how anxiety manifests itself for me in qualities that look positive from the outside. I’m always on top of everything. I’m a great planner (and back-up planner, and back-up back-up planner), and I’m always on time with a super strong worth ethic. And all of those things are fueled by anxiety. Constant stomach aches. Obsessive thinking. Can’t let go of anything. Constant terror of a big bad thing – anxiety. It went viral and it resonated with so many people.

And for some it didn’t and they weren’t kind about it. I had complete strangers telling me I was making up my mental illness. That I wasn’t anxious, just a Type A personality. That I was damaging the mental health community and the people with anxiety that have trouble functioning. I was a fraud.

That one hurt. I knew it wasn’t true, I talk about many aspects of anxiety, but most people were finding me for the first time and judging me off of one post.

But I brushed it off the best I could.

I had so many thoughts of I MUST BE A FRAUD AND EVERYONE HATES ME. Because – anxiety. I found myself reading those comments over and over again, letting it get to me over and over again. Eventually, I deleted the rude ones but it still got to me.

A few months later, I posted this cute image, “I hope you know how loved you are.” I was laying in bed, dreading getting up for the day, and I wanted to share a positive message for myself and everyone else and I was inspired by something my wife always tells me.

A few hours later I discovered that “I hope u know how loved u are” is a mantra that a small company (that I’d never heard of) uses and they were not happy that I shared it on social media. They accused me of theft, publically. They asked their followers to harass me.

And they sent me multiple messages threatening to sue me if I didn’t credit them for the words or take the image down.

I tried explaining myself to no avail. They were insistent that I had purposefully stolen those words and that they were going to sue me for posting them. So we left it at that.

And it was exhausting.

Every year, I post something for National Coming Out Day and again, my post went viral. I had so many loving and wonderful DMs of people coming out to me for the first time. I’ve never felt more honored.

And then my post got shared to multiple alt-right accounts and I had hundreds of homophobic comments and messages.

I got called names that I would never call anyone. Someone commented that they wished being gay was a war crime I could be executed for. So I deleted and blocked, deleted and blocked, and told myself it would be okay. Until someone threatened to start outing the people that had commented on the post to come out.

I cried for days. It was the first time that I ever truly felt unsafe or that I regretted sharing in the way that I do. I felt like the safe spaces I’ve tried to create online for myself and others weren’t safe anymore.

And that was when I almost quit social media.

And I’ve almost quit multiple times since then. It feels like lately, no matter what I share, there’s a negative or mean comment about it. I know that the things I post won’t resonate with everyone – that would be impossible, I just wish other people realized that as well.

It’s really wearing on me and as we move into 2021 I’m trying to figure out how to have better boundaries around my social media. It might look like turning off comments on Instagram, only sharing to my stories, or stepping away altogether for awhile. Facebook is is the main culprit with the smaller negative comments and there’s no way to turn off comments for each post so then I’m left ignoring the comments altogether and that makes me uneasy. I’m just really at a loss as to how to handle all of it in a way that makes me feel nourished instead of drained.

If you run a business, how do you handle the downsides of being present on social media? 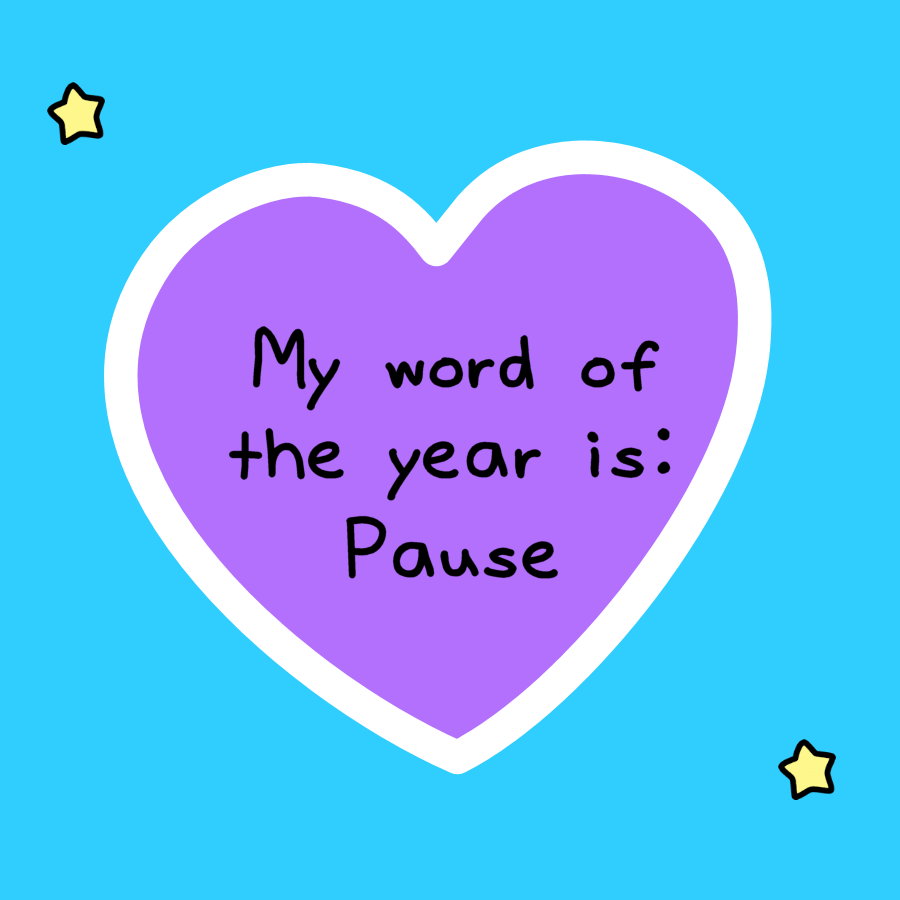 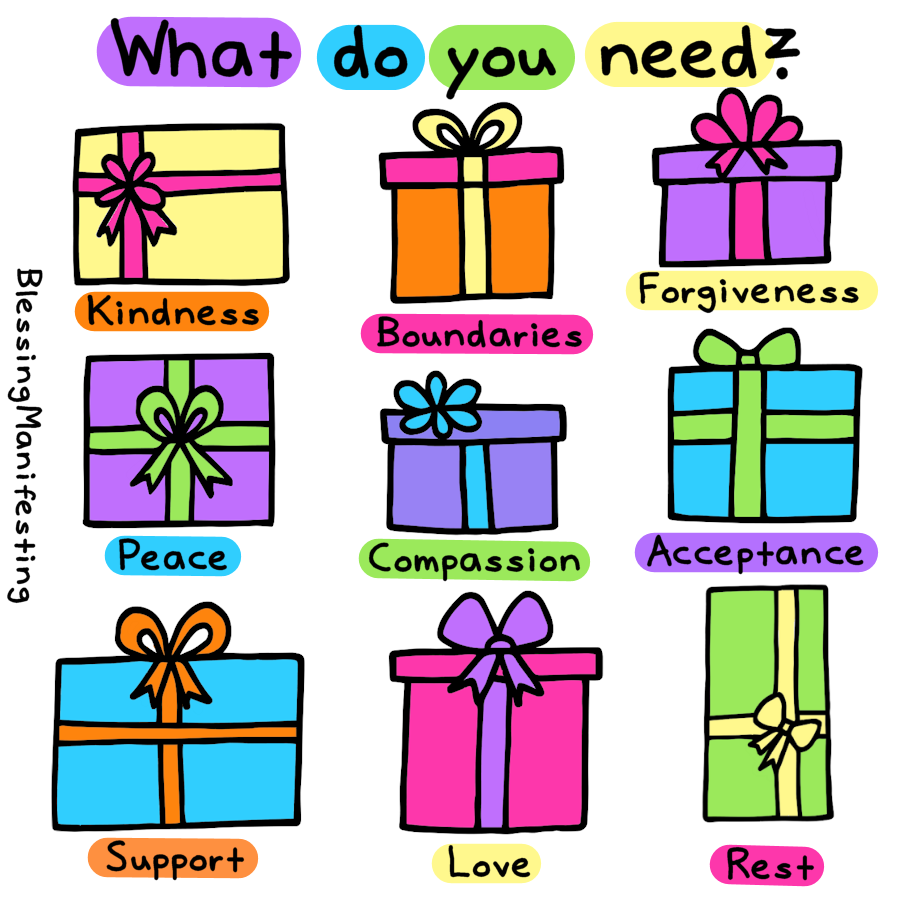 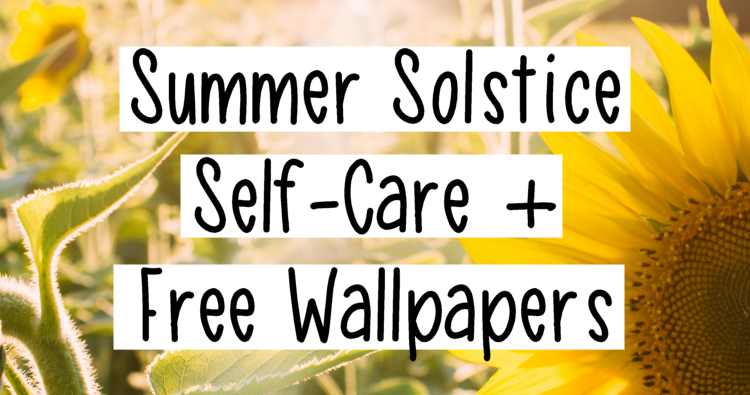 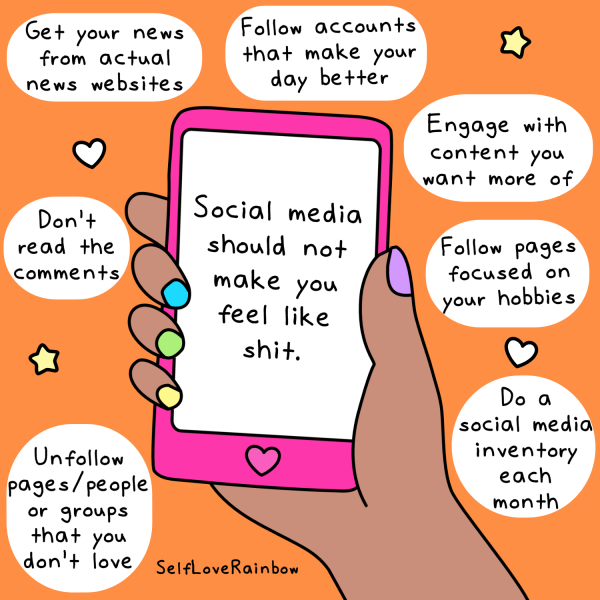 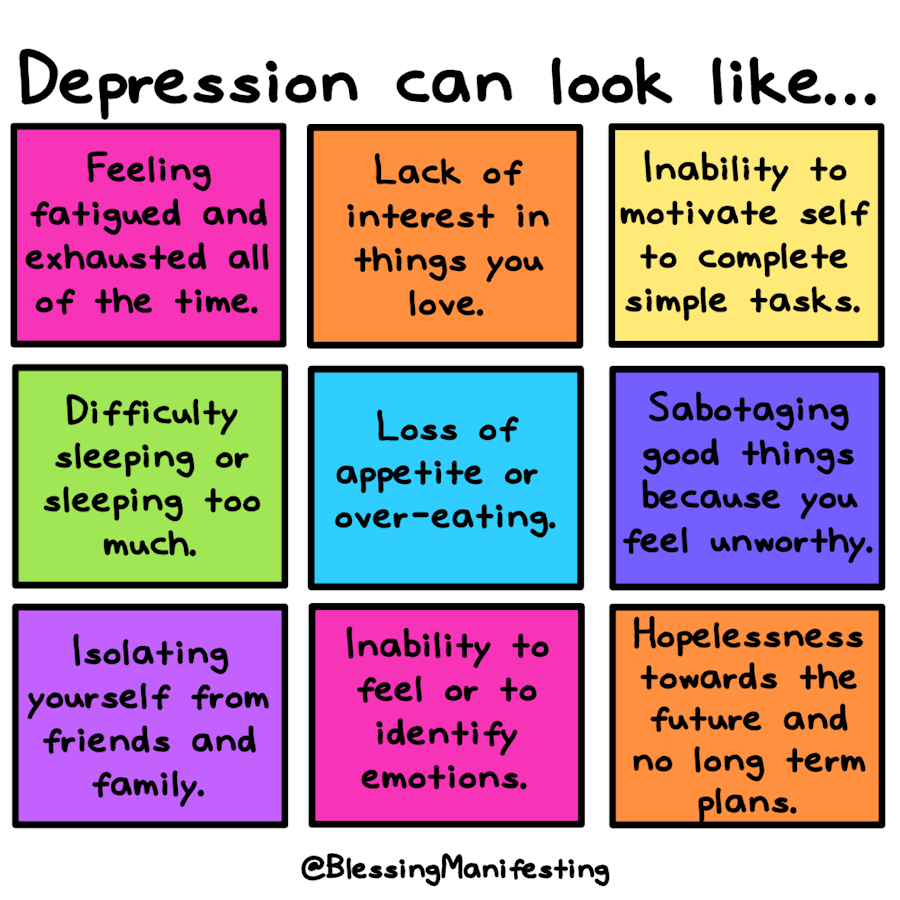 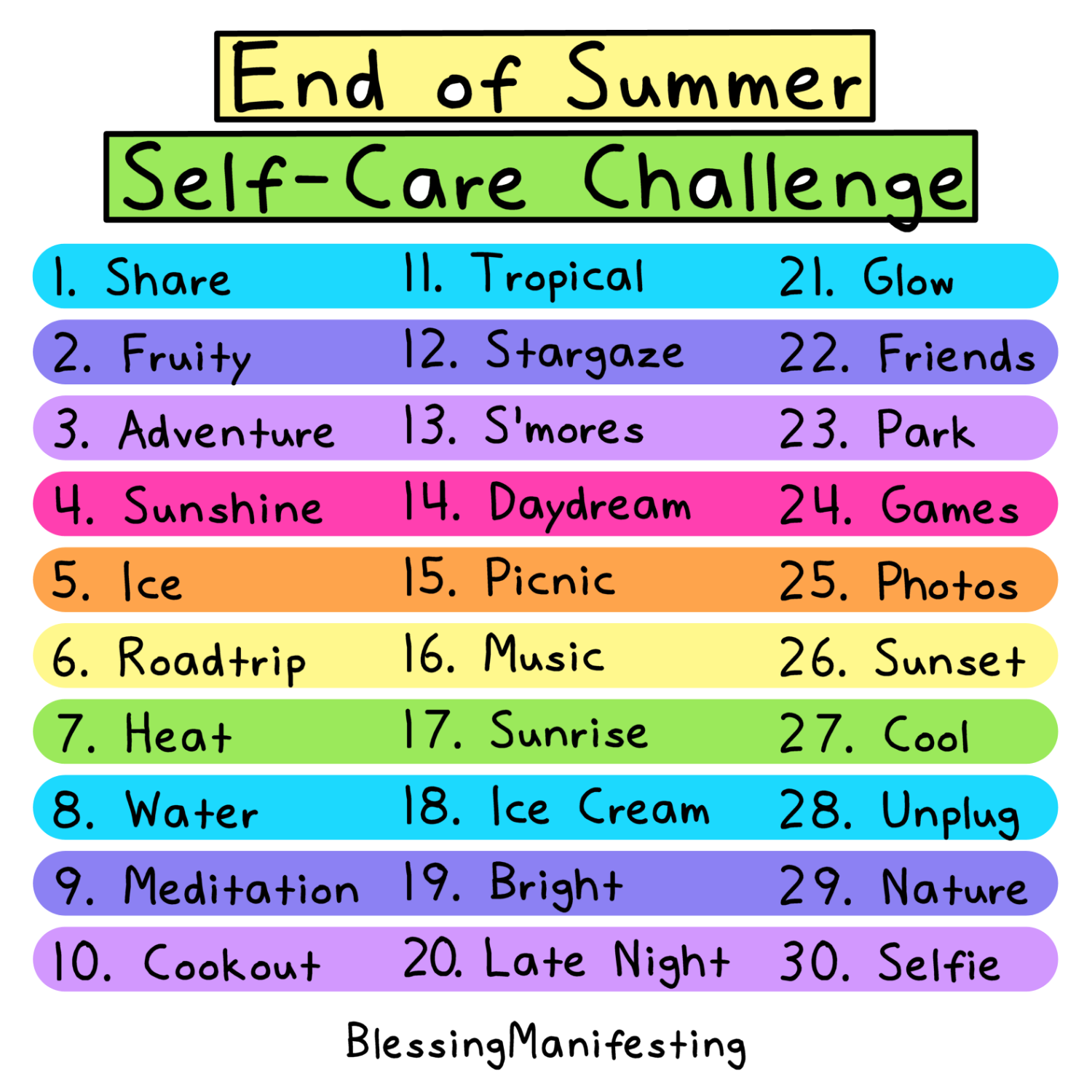